One criticism of the Donahue theory is that there are “no photographs of the AR-15 in Hickey’s hands until much later after the assassination, when the motocade is well underway to Parkland Hospital” (i.e., the photograph used on the cover of Menninger’s book).

However, there are witness statements from Dealey Plaza who saw the AR-15 in Hickey’s hands at the time of the fatal head shot. Also, since the publication of his book, Menninger has obtained two photographs that show the rifle in Hickey’s hands just after the follow-up car emerged from the triple overpass. These were forwarded to me in an e-mail from Menninger, and one is shown below. You can still see the Hertz sign on top of the Texas School Book Depository with the time of “12:30” being displayed. Hickey has the AR-15 well in hand, and the immediacy of the photo after the assassination cannot be denied. 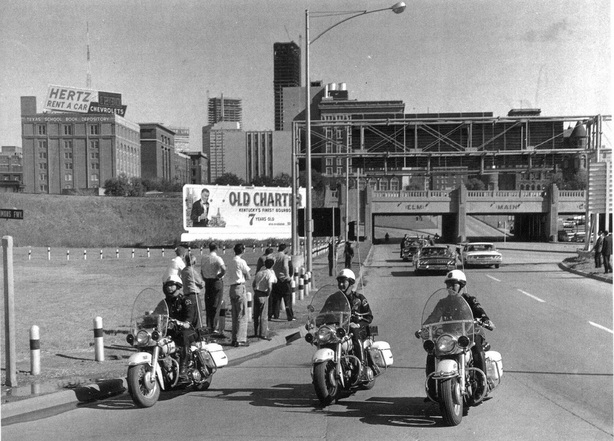 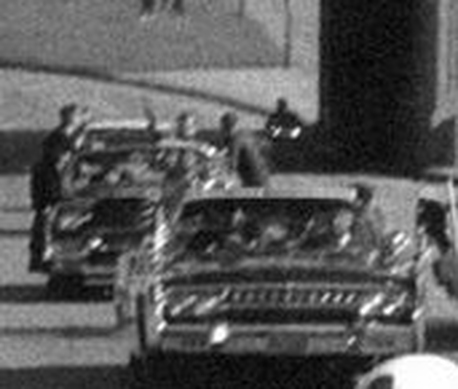 Close-up of the same photograph, showing the presidential limousine and follow-up car with agents still on the running boards and Hickey with the AR-15.